(Answer all the questions in this section)
1.

Study the diagram below and answer question (a) 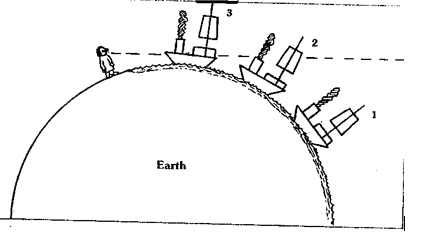 i) Name one section of the earth’s crust (1mk)

a) The temperature of Mombasa at altitude 0 meters is 270c. What would the temperature be at town Y whose alititude is 3500m, above the sea level

b) State the reason why coniferous forests have the following characteristics

Identify three processes of the hydrological cycle which occur in the atmosphere. (3mks)

b) The diagram below shows features formed by wave erosion at the coast. Name the parts marked E,F and G.

(Answer question 6 and any two other questions in this section)
6.

.Study the map of Kitale (1: 50,000) provided and answer the questions that follows

i) Identify two types of scales which have been used in the Kitale map. (2mks)

ii) Measure the distance of the road B 10/2 from the junction in grid reference 238 285 to MC call’s Bridge. Give your answer in kilometers (2mks)

iii) Calculate the area west of river Koitobos and north of northing 16.Give your answer in square kilometers (2mks)

iv) List two methods which have been used to represent relief in the area covered by the map. (2mks)

c) The rectangle below represents the area bounded by north of northing 28 and west of easting 30.

ii) Name one type of vegetation found in the area represented by the rectangle. (1mk)

a) Define an iceberg (2mks)

i) Draw a well labeled diagram of Roche Montonee (3mks)

c) What are earthquakes? (2mks)

a )State two factors which influences the rate of wind erosion. (2mks)

c) Outline how the following features are formed

i) Name two regions in Eastern Africa where Karst landscape is found. (2mks)

b) Using a well labeled diagram, describe how the following features are formed.

c) You intend to carry out a field study in a Karst landscape,

(i) State one objective for the study (1mk)