- A piece of cellotape or a plasticine

i) Set up the apparatus as shown in the figure below. Attach the pin (pointer) at one end of the metre rule using cellotape. 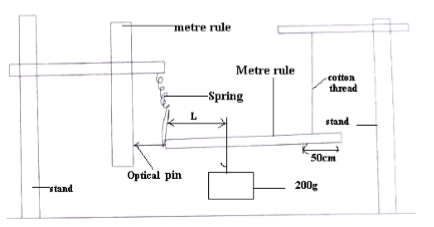 ii) Suspend one end of the metre rule with a thread at 5cm mark from the other end.

iii) Suspend the other end with a spring also 5cm from the end so that the metre rule is horizontal.

vi) Hang on the horizontal metre rule, the 200g mass at a length, L= 10cm from the spring. Record the extension, e of the spring in table below.

vii) Displace the mass slightly downwards and release it to oscillate vertically. Take time for 20 oscillations and record in the table below.

viii) Repeat for the position of L, of the mass.

ix) Plot a graph of extension e (cm) against

NB: Before taking the reading, ensure the oscillations is steady.

Complete the table below

- A wire W mounted on a mm scale

a) Connect the circuit as shown in the figure

ii) Close the switch and record the ammeter reading. 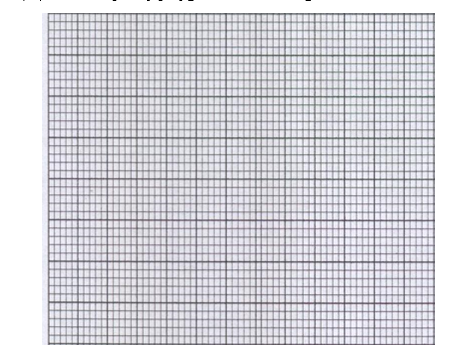